The canvas is stretched and mounted on a wooden frame, with the image wrapped around all four  edges.

Prints are from our own photos and all the work is done inhouse, which gives us total control of the finished item which is of a high standard / quality. 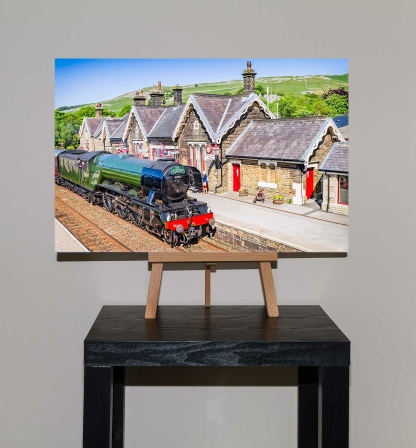 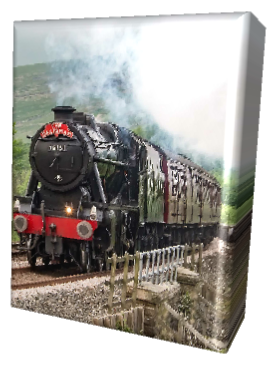 May 2018 Yorkshire, blue sky and sunshine what more could you ask for.

Well how about a glimpse of the famous FLYING SCOTSMAN as she passed through Settle station. I could say it was planned, but, in this instant it wasn’t.

I was in need of the stations facilities and saw the notice board stating, Flying Scotsman due to pass through the station.

Well, being  photographers, of course we had cameras with us. We didn’t have long to wait, and  the reward was well worth it. I can tell you she was not coasting, that loco for all her age can move at a fair old rate.

What had we gone to Settle for that day. No idea, but I can tell you we cane away with big smiles of our faces. 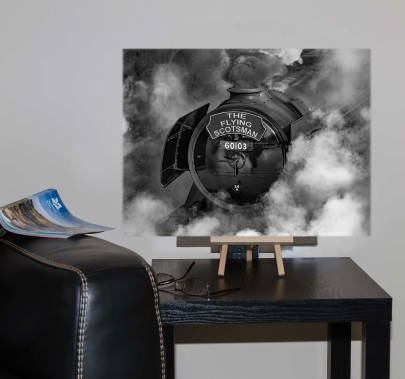 The smells, soot, coal, smoke and steam all mixed together.

I can tell you it took me back to my childhood. Standing with my brother on the bridge in Bognor,  ( Bognor, south coast of England ) looking over at the steam trains passing below.

We must have looked like a couple of grubby urchins. Did we get a telling off when we got back to auntie’s house? Yes !

The Flying Scotsman in a cloud of smoke and steam. 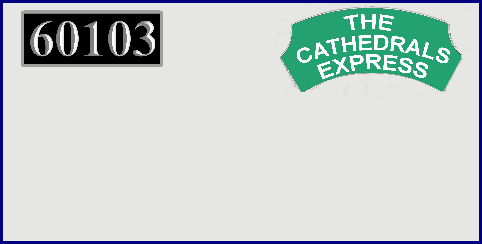 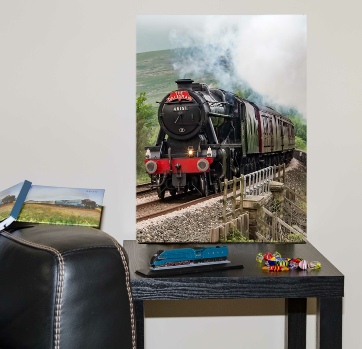 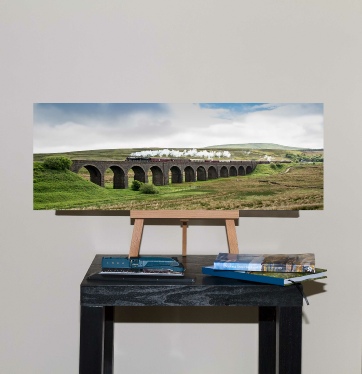 Just for the record we are NOT train spotters, we are photographers that enjoy taking photos of trains.

Do we have a bucket list of trains to see, no. But our bucket has been overflowing with the fun we have had taking the photos and meeting some interesting people along the way.

Dandry Mire viaduct, we met a lovely couple, and went on to have a toasted tea cake and coffee with them at  Meadowside Cafe, in  Dent Village. ( Other tearooms are also available ).

Is it a locomotive or a steam engine?  Both ? I’m not a train spotter. 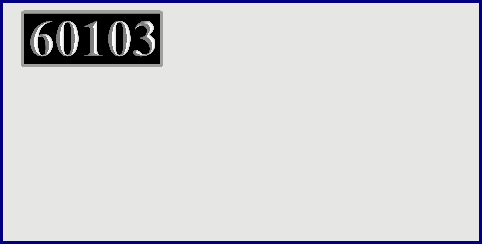 Canvas    “ The Flying Scotsman, clouds of smoke and steam“ 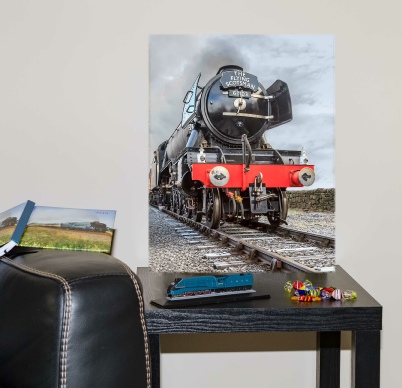 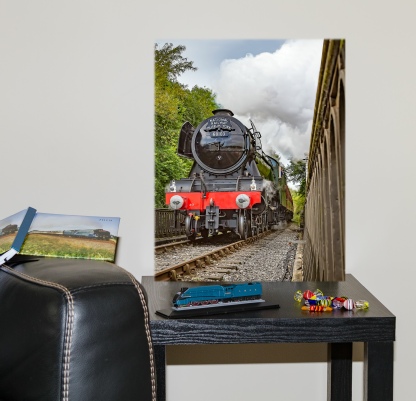 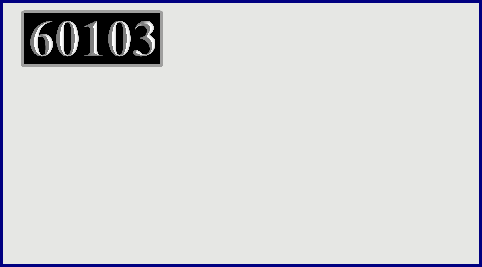 Out on test, world war BLACK“ 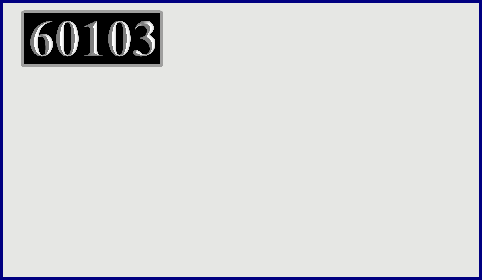 I think this was the start of my taking photographs of steam trains.

A very good friend of mine  had been a fireman ( the man that shovelled the coal into the boiler ), no not a volunteer, he had worked on the railways back in the days of steam.

I had listened to many of his anecdotes, not an easy life. I think his early shift was 3 a.m. Lighting the boiler, stoking her up and ensuring she had a good head of steam. I’m sure my friend L. J. must have been a good six inches taller back then, he must have shovelled hundreds of tons of coal.

L. J. “ You must come and see the famous Flying Scotsman, she’s out on test after a very expensive restoration. “

L. J. Knew just the spot were we would be able to get a good view of the train / locomotive. 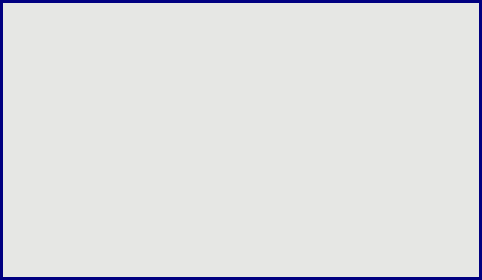 Tornado, although only ten years old, ( nowt but a lad ) in locomotive years. Still has the awesome power to transport you back in time.

Now a mere decade old, Tornado has already clocked up 100,00 miles of service.